Thanks for coming to my radio & TV page!

Below are my customer testimonials and examples of my work! You can contact me at 1-559-213-0173 Or email me at Dannyhill1014@hotmail.com 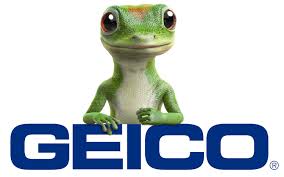 Bakersfield Ca: Local Geico office is reporting an increase in sales by 25%. A jump so big it has grabed the attention of the National offices and other national agencies as well.  GEICO advertising campaigns are known for using humor and satire, often featuring distinctive characters such as the company’s mascot, the GEICO gecko.[1] The advertising strategy incorporates a saturation-level amount of print (primarily mail circulars) and television parody advertisements, as well as radio advertisements. A common line used by GEICO is “15 minutes could save you 15% or more on car insurance.”[2]

Warren Buffett, owner of GEICO parent Berkshire Hathaway, has stated that he would spend $2 billion on GEICO ads if he could,[3] approximately double the spending in 2012, which was $1.1 billion, over twice that of second place Progressive Corporation, with 6.8% of premiums going into commercials. However, this is offset by not paying agents commissions, since GEICO uses a direct to consumer model. This has resulted in GEICO being the second largest auto insurer in the United States (behind State Farm).[4]

Many of the most prominent TV ad campaigns, such as the GEICO Gecko, the GEICO Cavemen, the Rhetorical Questions campaign featuring Mike McGlone, Maxwell the Pig, and the GEICO Hump Day Camel were developed by The Martin Agency.

So what did the Bakersfield office do to impact a national campaign that spends 1.1 Billion dollars annually? They thought out-side of the box and decided to use there own local money, not national to make a local decision. They hired a local personality to endorse Geico, Danny Hill.  After 2 months of increased traffic it caught the attention of the National Geico Office and they called the local Bakersfield Branch manager to ask if they were doing anything “Unique” He said “Yes, we allocated some local money to use a personality of Bakersfield and its paying off!” The national office was happy, but needed proof. So for the next 4 months they tracked were every customer came from (TV,RADIO, FRIEND,PRINT, DANNY HILL) What they found was remarkable.. 25 % increase all directly linked to Danny Hill. So for the First time in Geico history they are allocating national money to go towards a local talent, Danny Hill. They have decided to “Experiement” and allow the local Bakersfield office to shoot its own commercial! The audio attached is the statement released from the local branch manager for Geico! This is a major step for Geico and Danny Hill.

I go on TV every week to do entertainment reports!

I also shoot commercials and this one has directly had an increase in revenue!

This was posted by the owner after it aired!

So we shot another and it was successfull too!

I’ve Dropped the Puck at Semi-Pro Games over 7 times!

Danny Had Blake Shelton on “The Danny Hill Experience”

Danny Hill Lost 60 lbs for a client! Here is the TV spot!

If you would like me to endorse you company. Please send me company info at Dannyhill1014@hotmail.com for consideration:)